A Career in the Creation of Traditional Chiaroscuro Watermarked Paper 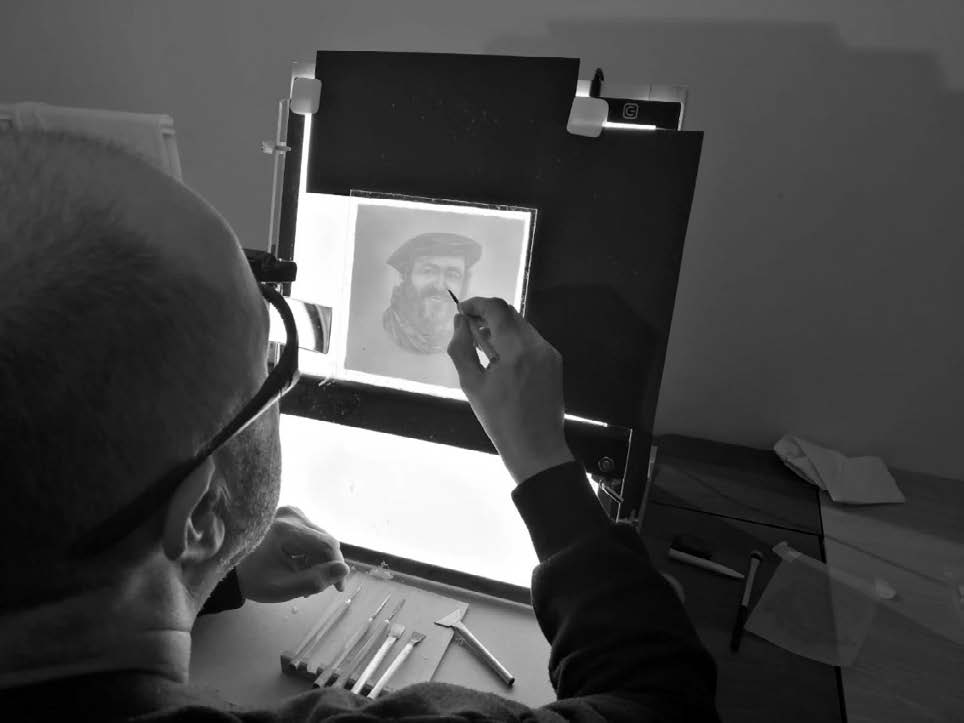 I now live with my English wife and daughter in Warrington, Cheshire, where I work as a professional eco and contemporary artist, but I was born and grew up in Fabriano in Central Italy, known as «citta’ della carta» (City of Paper), where paper has been manufactured since the 13th century. As we all know, paper was invented in China, but by 1260 it had made its way west via the Middle East to the port of Ancona on Italy’s Adriatic coast, and from there 70 kilometres inland to my hometown of Fabriano where local craftsmen perfected the art of making high quality paper on an industrial scale. Italian Renaissance artists considered Fabriano paper to be some of the finest available and chose it for their drawings.

The watermark is the innovation for which Fabriano is famous. Watermark insertion into paper began in the 13th century as crude filigree designs which it is believed were used to identify the work of individual papermakers who were paid on a piecework basis and then went on to become indicators of size and type of paper, acting as the first trademarks. Eventually highly sophisticated chiaroscuro (light and shade) watermarks were developed, which became an art form in their own right, giving the illusion of three-dimensional volume on the flat surface of the paper – ideal for security paper.

My career in watermark engraving started in 1976 when I became an apprentice to the Master Engraver, Luigi Filomena who had worked for many years for Cartiere Miliani, the oldest still existing and most prestigious paper mill in Fabriano which was founded in 1782. Papermaking crafts such as engraving or mould-making were usually passed on from father to son in Fabriano, but Mr. Filomena had three daughters, none of whom wanted to learn their father’s profession.

Since Mr. Filomena was keen to pass on his skills to the next generation he was happy to teach me, as I had an aptitude for drawing and was keen and eager to learn. I worked for Cartiere Miliani in Fabriano in the mould-making department for 5 years before moving to the UK in 1990 to join Portals Limited (which is now part of De La Rue) as a watermark engraver at Overton Mill in Hampshire. At that time Portals was the world leader in the production of watermarked banknote paper, producing banknotes for over 135 countries. Watermark design and engraving is a truly fascinating and challenging job. When I joined Portals the company still produced watermarked paper in the traditional way, but in the mid-nineties Portals initiated the introduction of a digitally-created image into the watermark process, which made the process faster and much more flexible. Since my retirement five years ago and our move to my wife’s hometown of Warrington, I have turned my attention to eco-art and contemporary art and never expected to do wax engraving again. However, about nine months ago I was contacted by old friends and former Cartiere Miliani colleagues to see if I was interested in working with them for Carifac’arte, which is a charitable foundation based in Fabriano. The aim of Carifac’arte is to safeguard the heritage crafts of traditional papermaking in Fabriano and pass them on to future generations, whilst continuing to produce high quality handmade watermarked paper. I was delighted to offer my services as both as a master wax engraver and also as a teacher to pass on my skills as Mr. Filomena had done for me.

More recently I have had the honour of being called by the Basel Paper Mill Museum in Switzerland to collaborate with them on courses for apprentice engravers.

The traditional process of creating a chiaroscuro watermark is an intricate and painstaking one, which is divided into three main crafts: firstly, that of the wax engraver, secondly that of the mouldmaker and finally the work of the papermaker.

The customer’s artwork for the wax engraving could be a photograph or painting. It usually has to be redrawn, as the engraver must bear in mind the three-dimensional nature of an engraving – that is why the finest artwork does not always make the best watermark – what is sometimes acceptable to the eye in a 2D image will not work in papermaking. The engraver must also ensure that his work is created in such a way as to ensure that the wire mesh will not break when embossing takes place. It is therefore more an interpretation of the artwork, rather than an exact replica. The sketch is then traced and the tracing transferred onto a thin slab of semi-translucent coloured wax and the slow process of engraving the wax to bring out the image begins. Wax engraving is basically the opposite of creating a chiaroscuro drawing – rather than adding dark as you would do on a drawing, you create the light by slowly and gently scraping out the wax using precision carving tools.

Once the engraving is finished, it undergoes electro-plating. Firstly the mouldmaker coats the wax in graphite (which is a good conductor of electricity), paying attention not to ruin any of the fine details on the engraving, and wire is attached to the wax which allows the electric current pass through. It is then placed in a bath of copper sulphate solution with a copper ingot and the electroplating process begins, with deposits of copper gradually building up on the graphite-coated surface of the wax.

Once a sufficient thickness of copper plate has been achieved, it is removed from the bath. This copper plate will be the die. A thin layer of liquid wax is brushed over it to isolate the die’s surface from the next copper-plating. This is then also coated in graphite and the electroplating process is repeated. This second plate will have the actual thickness of the wire mesh used in papermaking which will be pressed between the die and the matrix. A third and final copper plate – which becomes the matrix – is then made by repeating the electroplating process on top of the second plate. The second middle plate is now discarded.

Molten lead is now poured onto the backs of the die and matrix to give them some support and make them less flimsy. However, the heat of the lead distorts the copper die and matrix, so they are then flattened out using a press. Once the die and matrix have been pressed back into shape, the embossing process begins.

Once the mouldmaker is happy, the final embossing is fixed to a wooden frame called a deckle, with a second embossed back wire mesh fitted behind it for reinforcement. A third back wire is then added to the deckle with the shape of the watermark image cut out of it. This ensures that the slats of the deckle do not damage or deform the watermark when the paper is created. Reinforcement is important to maintain the crisp quality of the light and shade. The depth of the deckle determines the grammage of the paper.

Once the mould is complete, the final process is carried out by the Master Papermaker who is responsible for creating the correct mix for the paper: length of cotton fibre, colour and any other additives.

In the case of handmade paper, the papermaker submerges the deckle and mould in the paper mixture in a vat. He then lifts the mould out of the vat – at this point the formation on the mould consists of 95% water – and then he moves it laterally and transversally to filter the water out through the mesh, leaving the fibres deposited on the mould. The finished paper will be dark where the mould is in a depression and light where the mould protrudes. Something which takes a lot of getting used to for the papermaker, is the fact that he is always working with a mirror image of the final watermark – it is only when the paper is turned over at the very end that you can see the image in the same form as the artwork.

The paper is taken off the mould and then pressed on a half-moon felt, so that the mould releases the paper easily. The pile of paper and felt is pressed to reduce the water content. Each sheet is then hung up in the air to dry. After this, animal glue coating may be added to preserve the paper.

The long and complex process of creating chiaroscuro watermarked paper is only possible when the three traditional crafts come together in synergy. 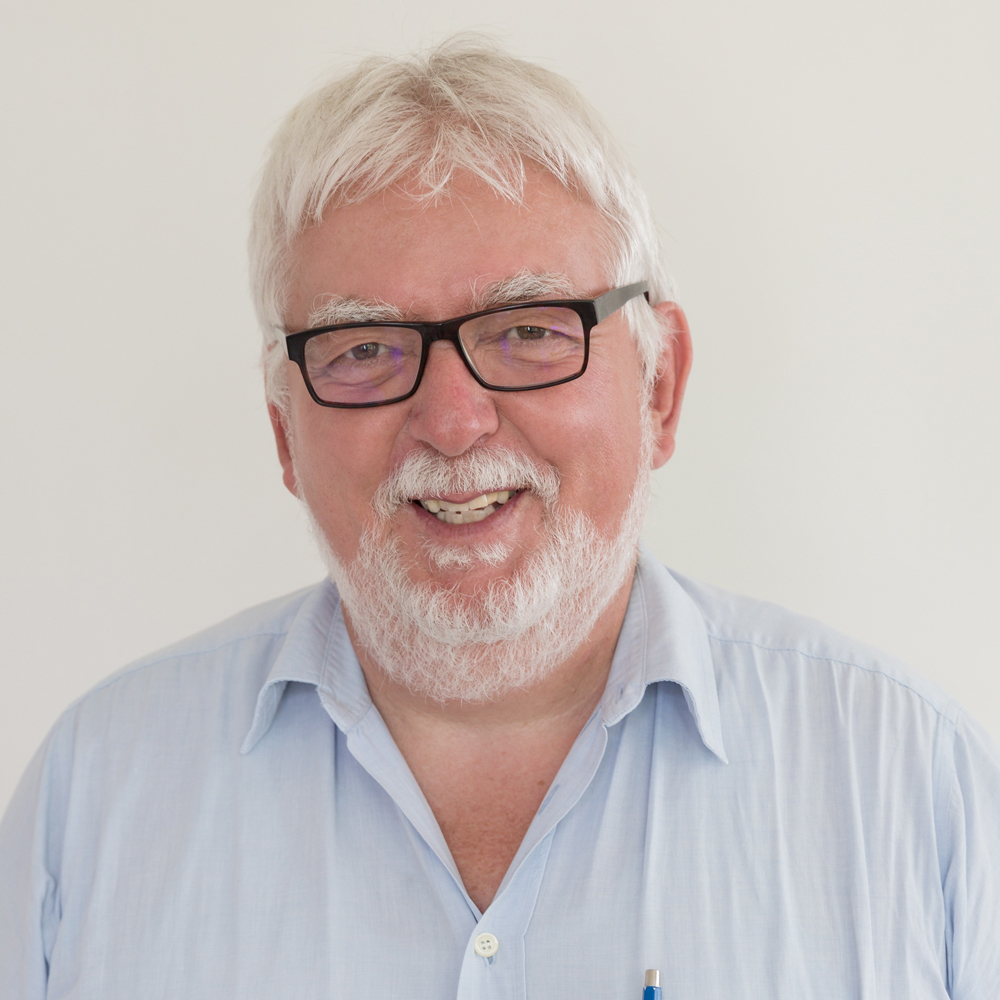 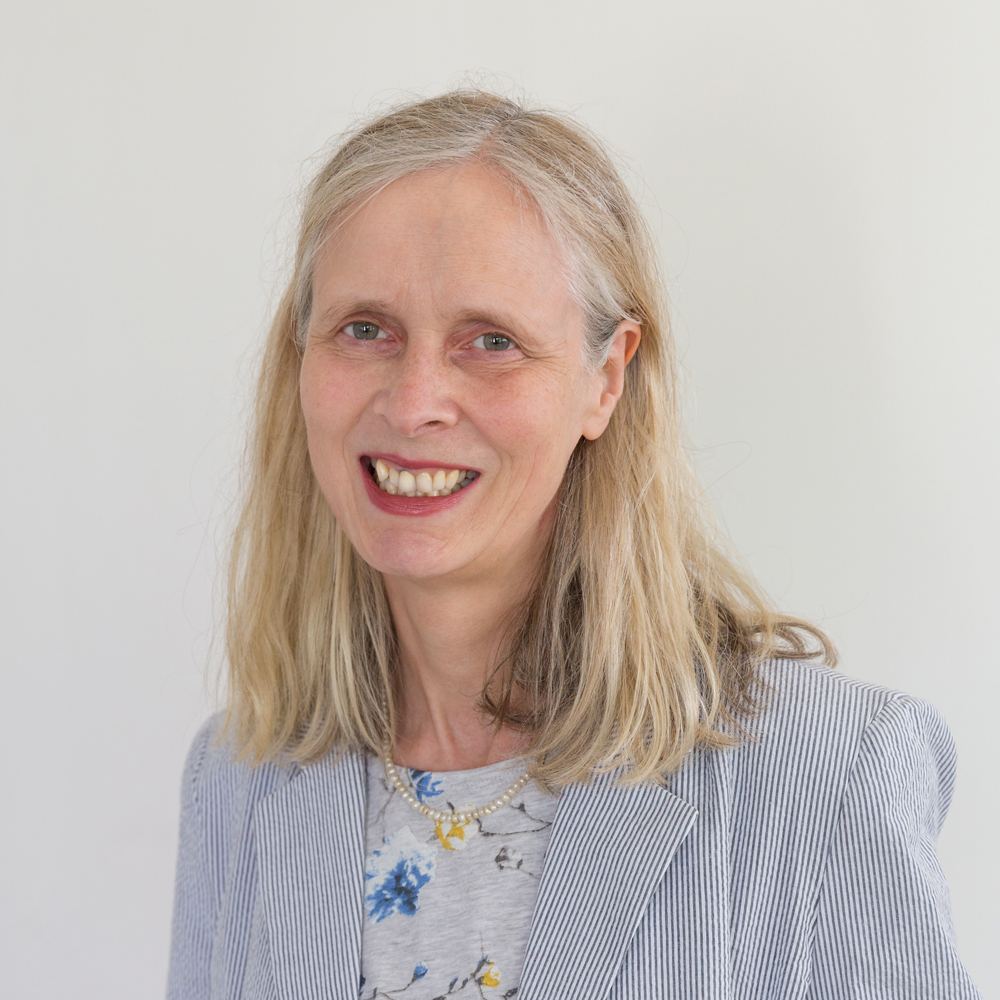 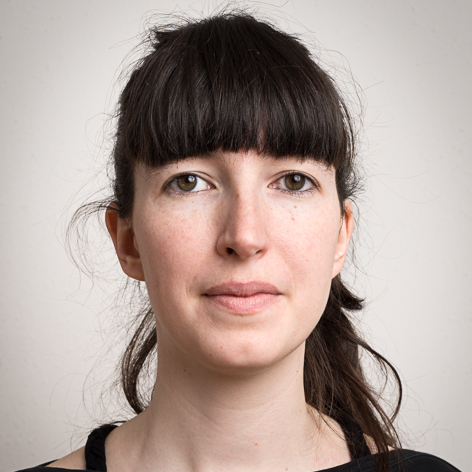 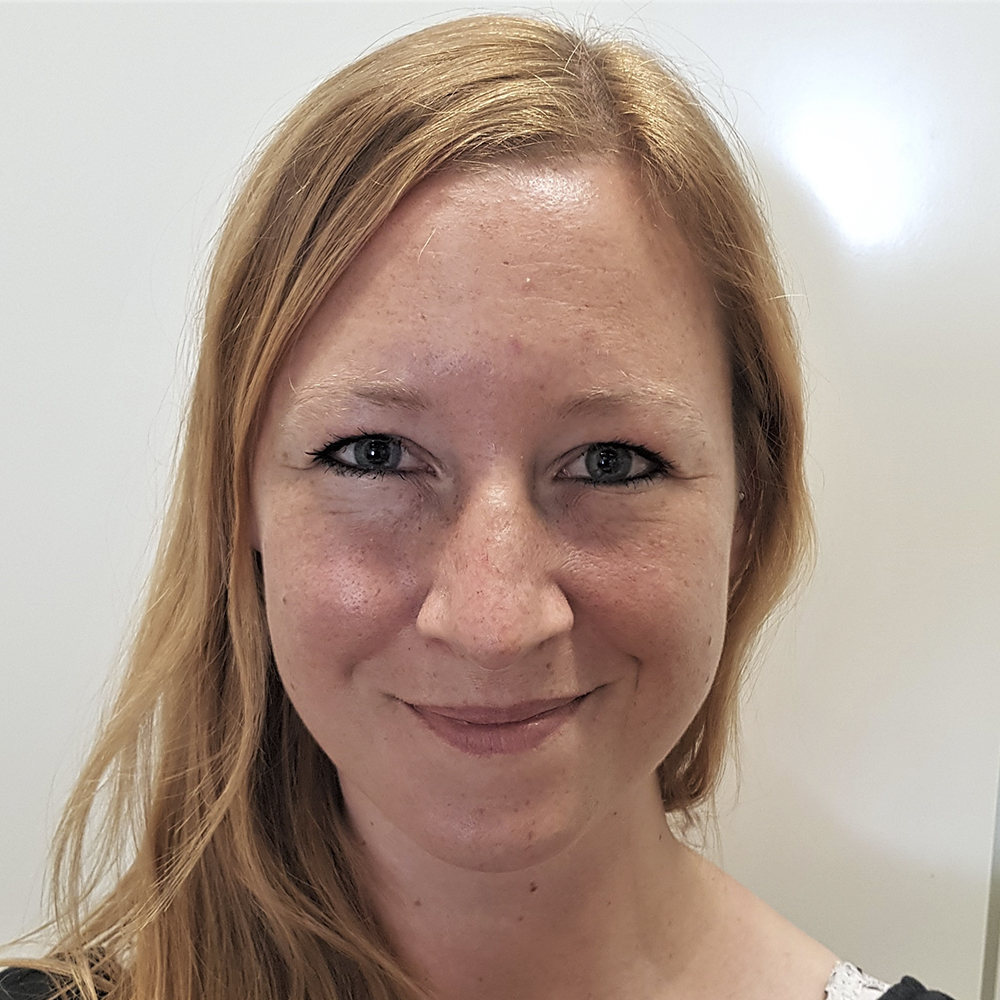 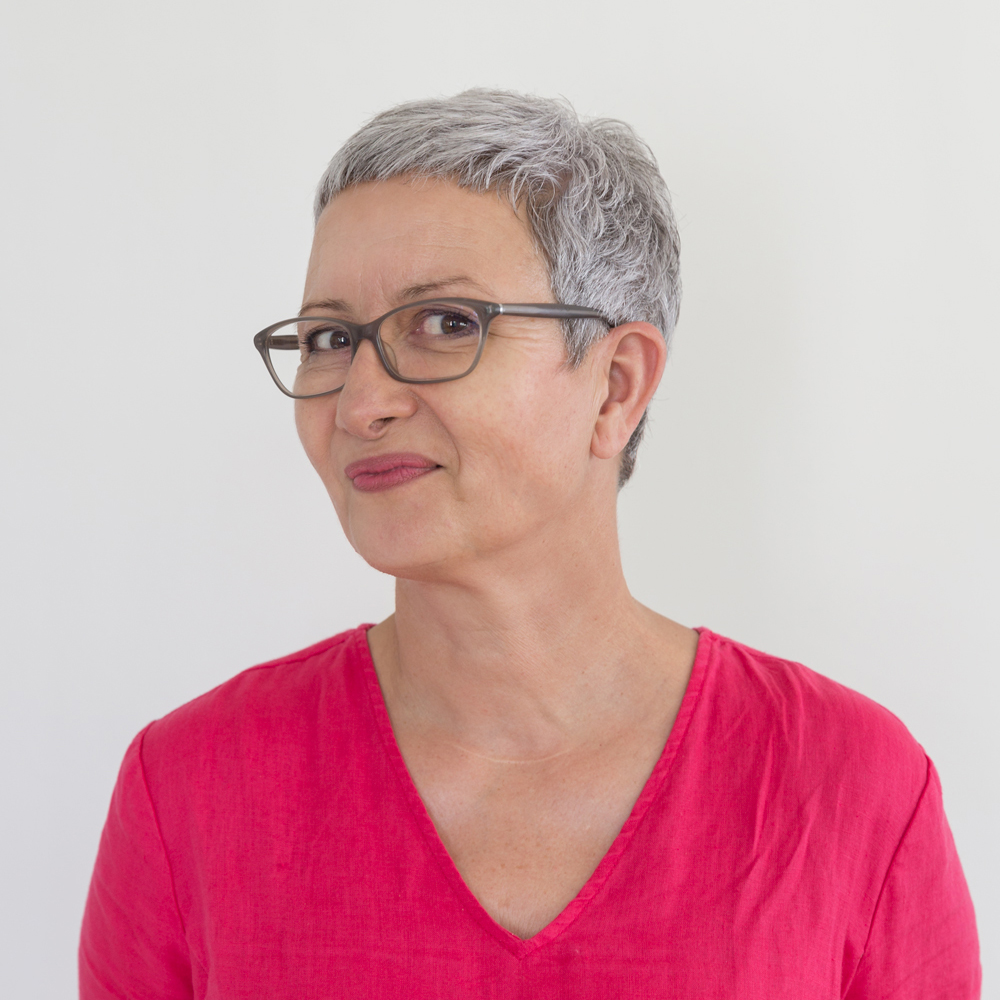 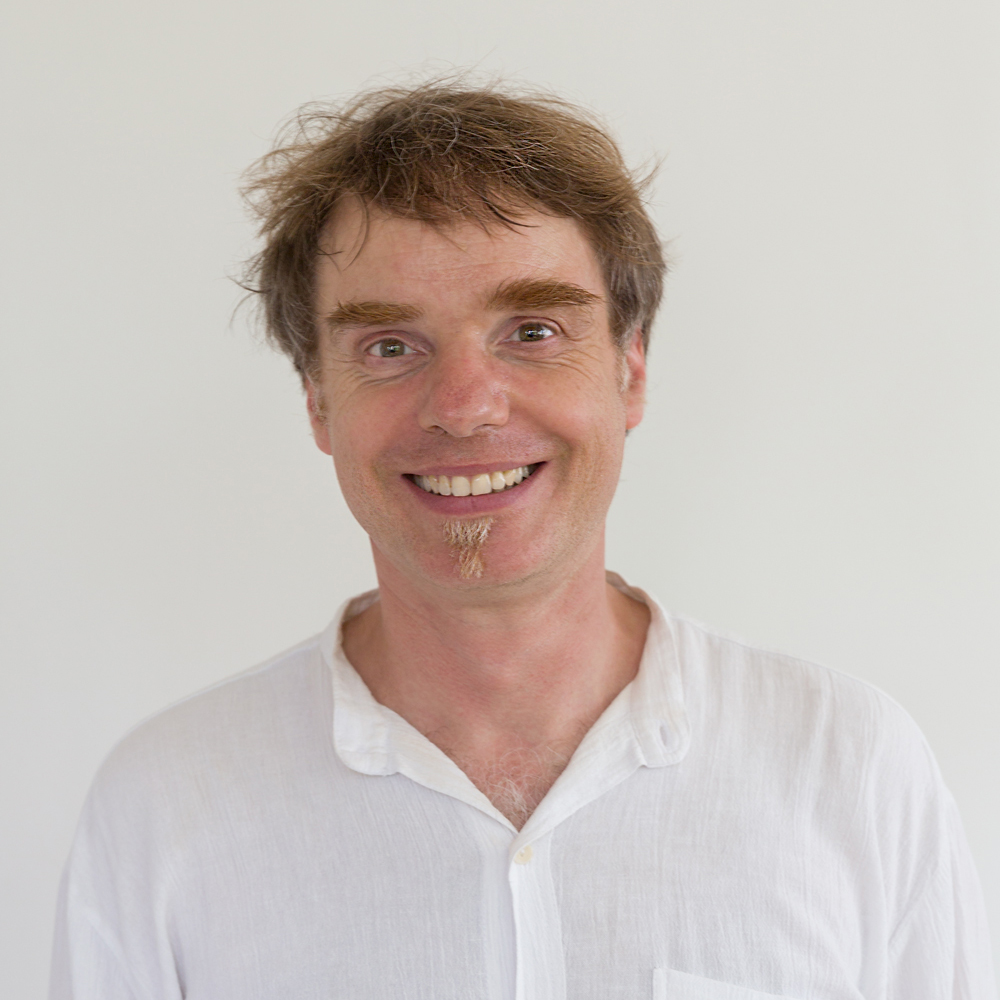 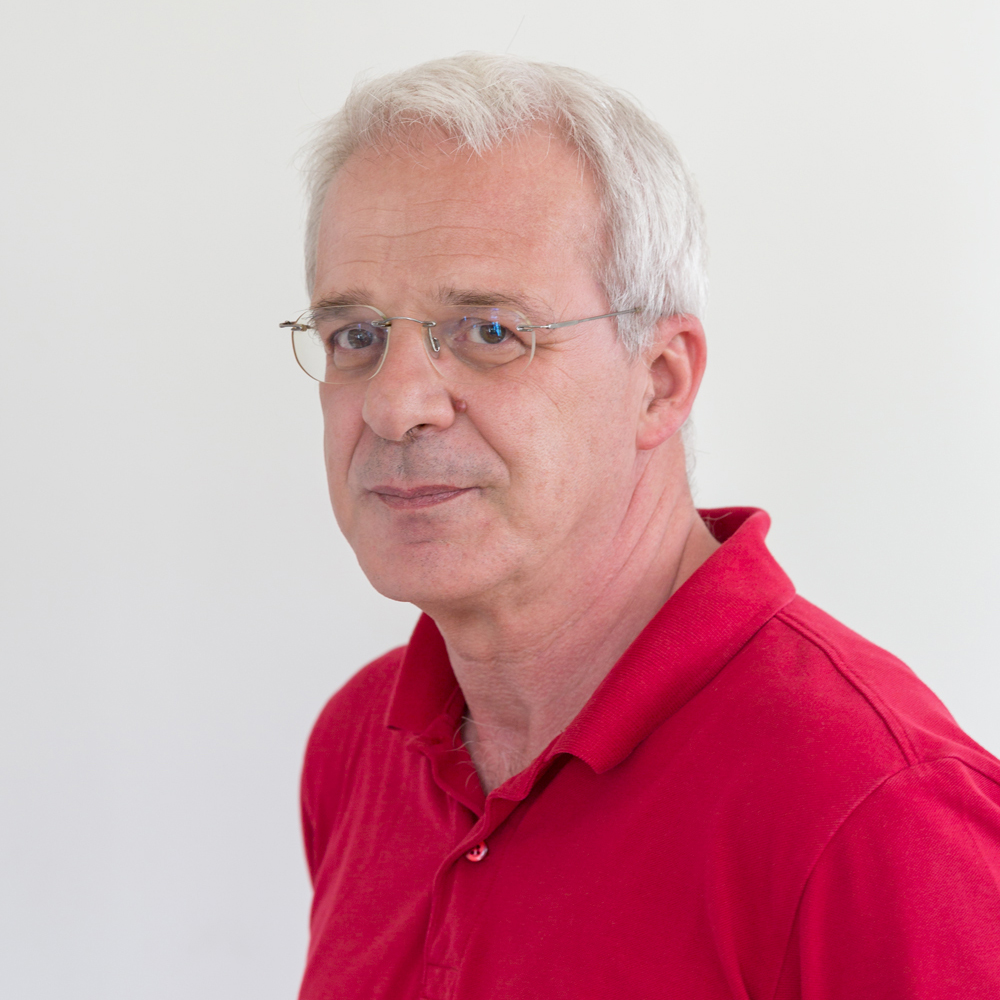 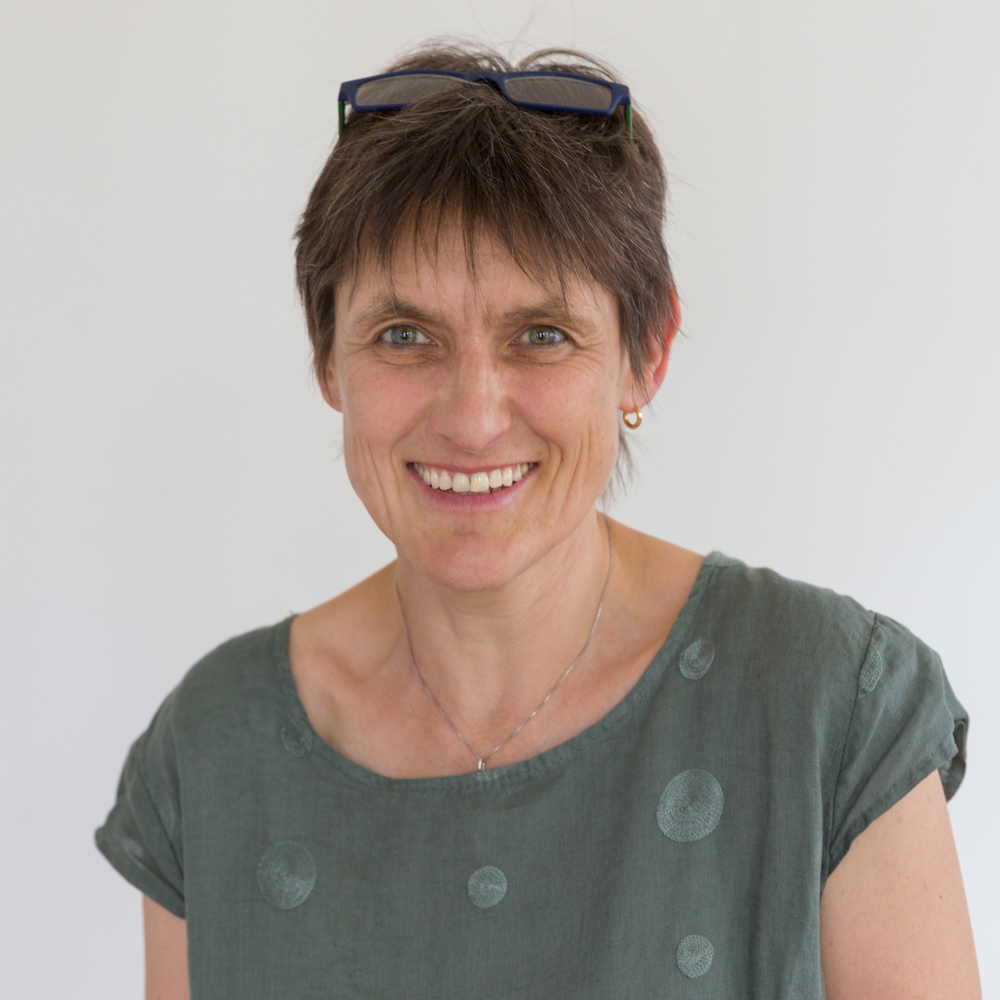 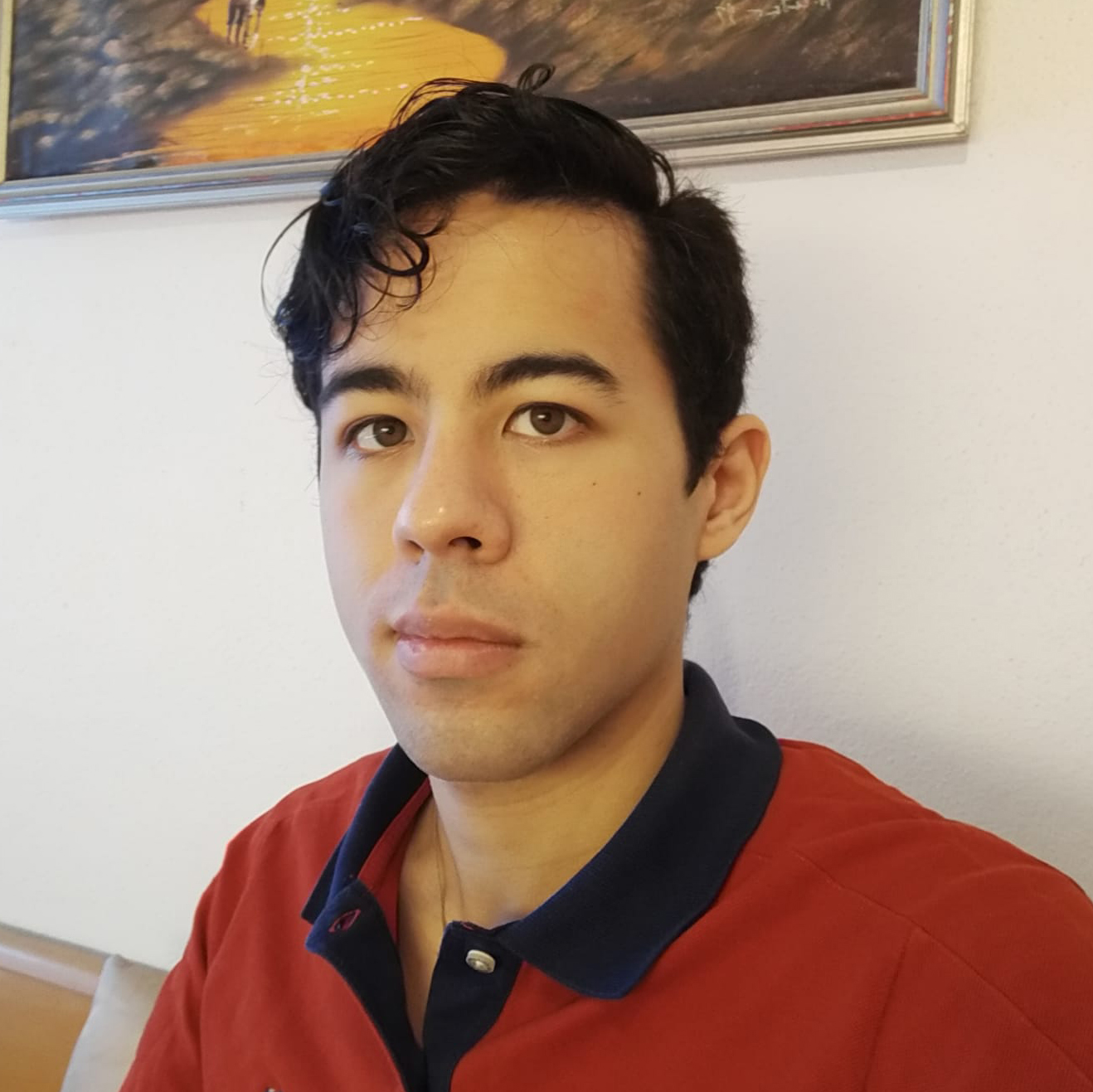 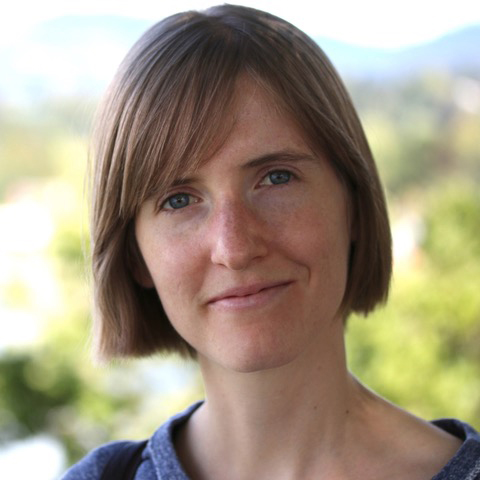 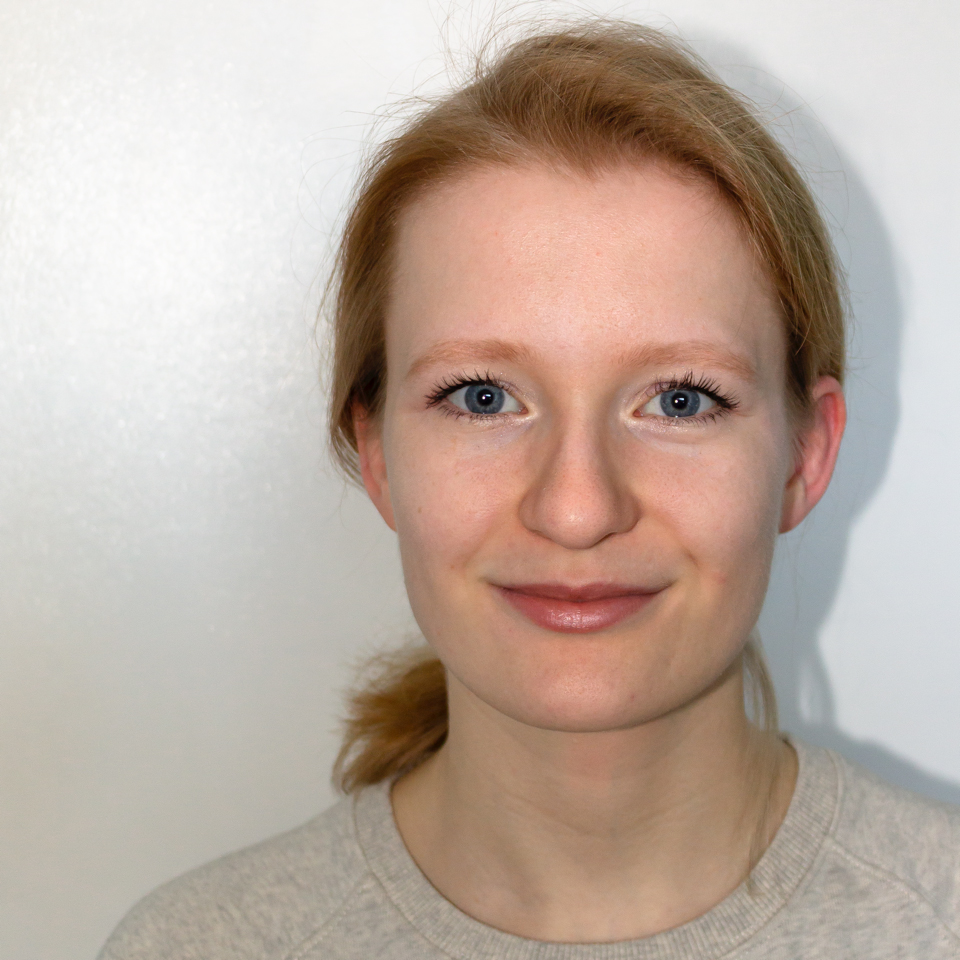 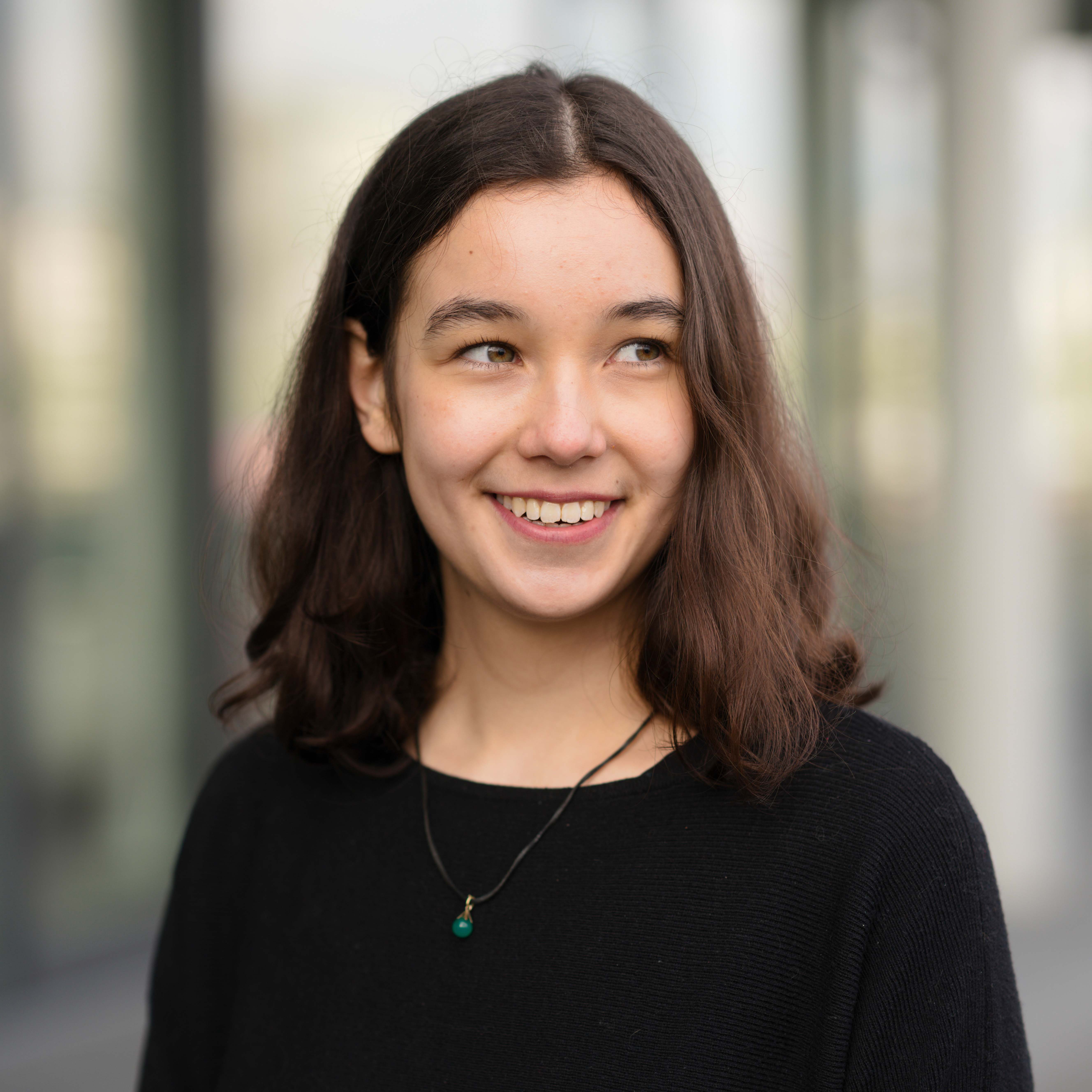 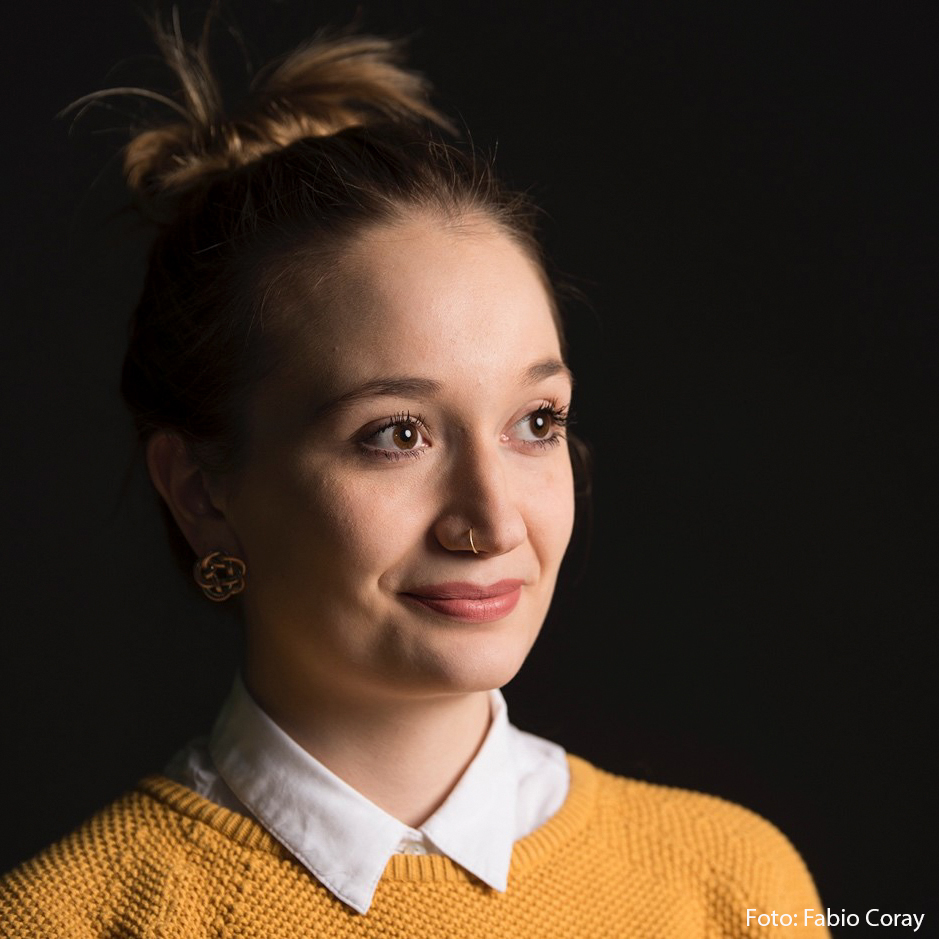 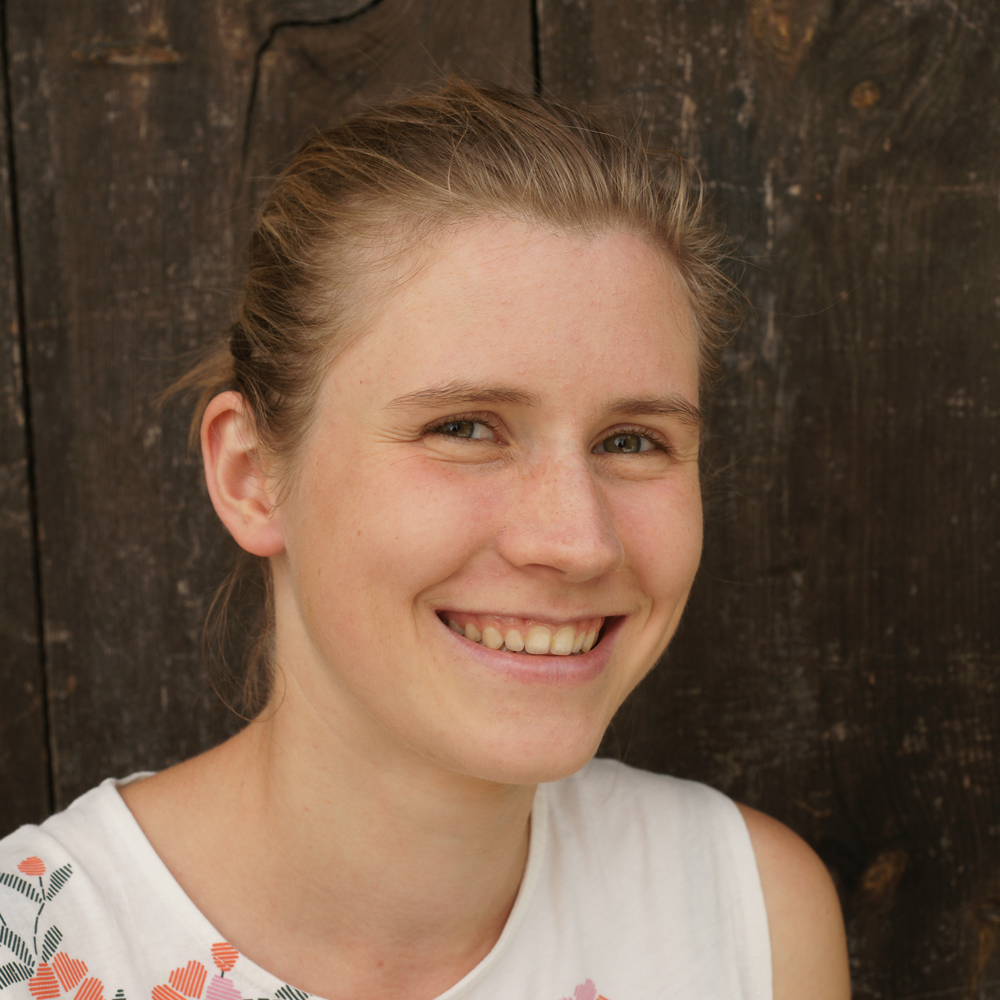 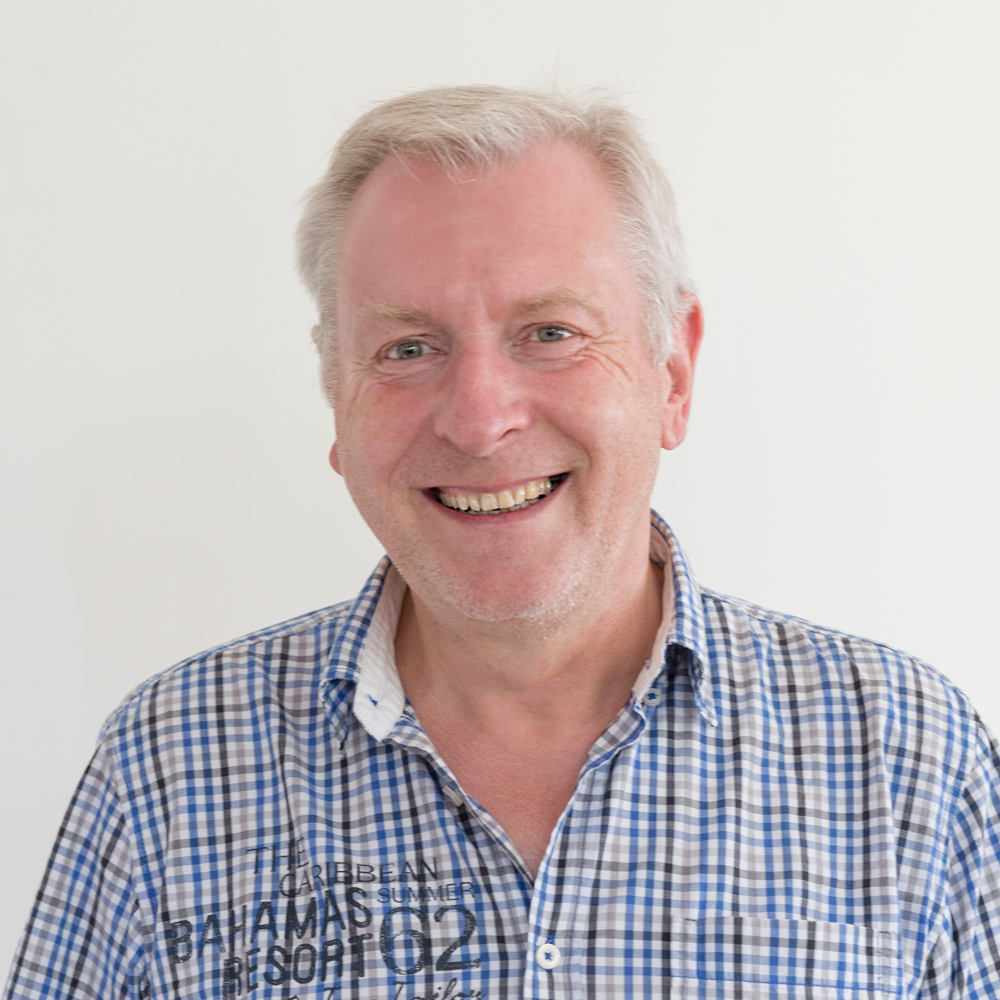 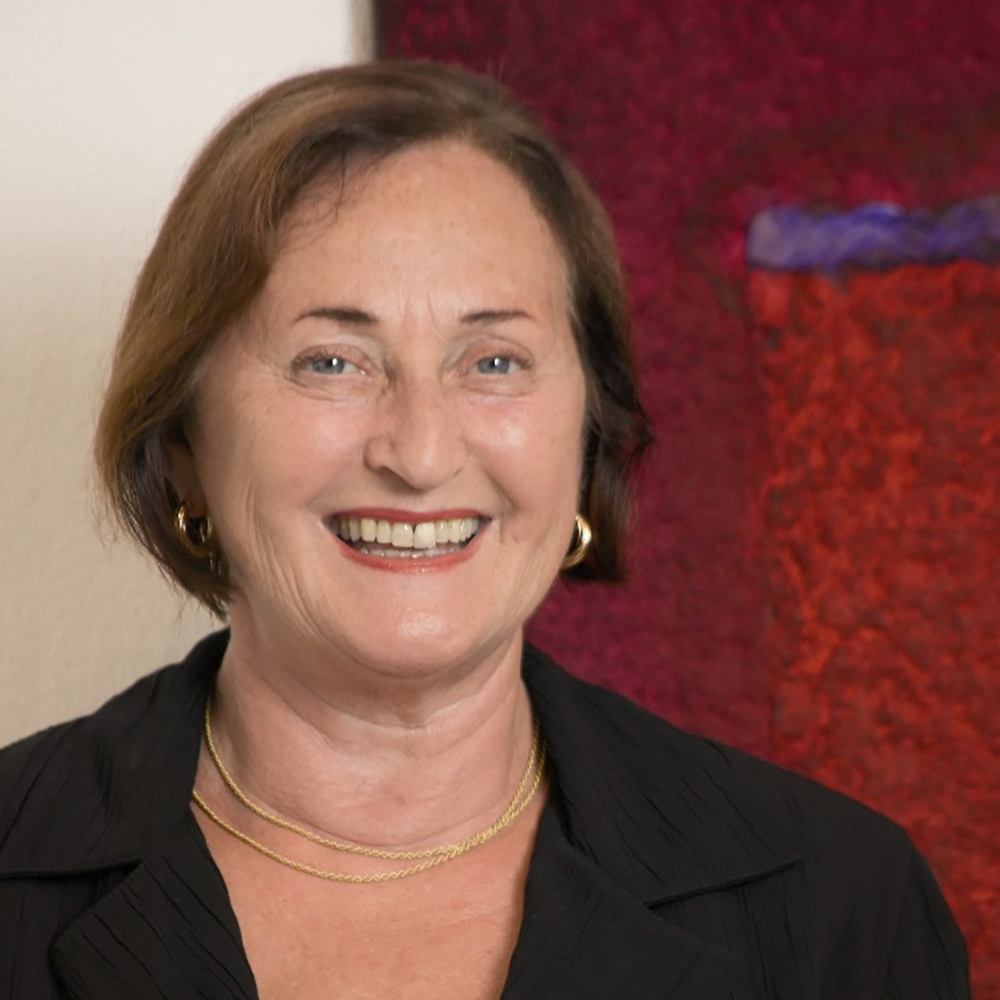 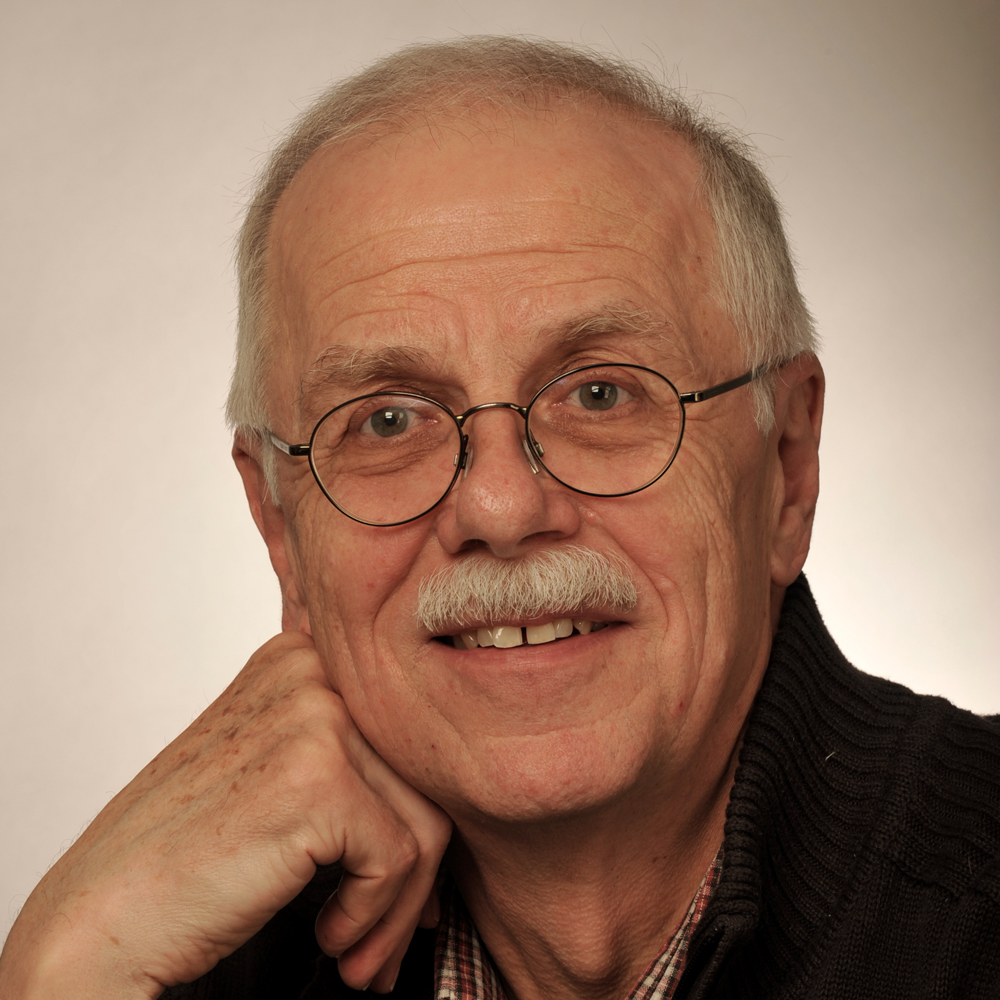 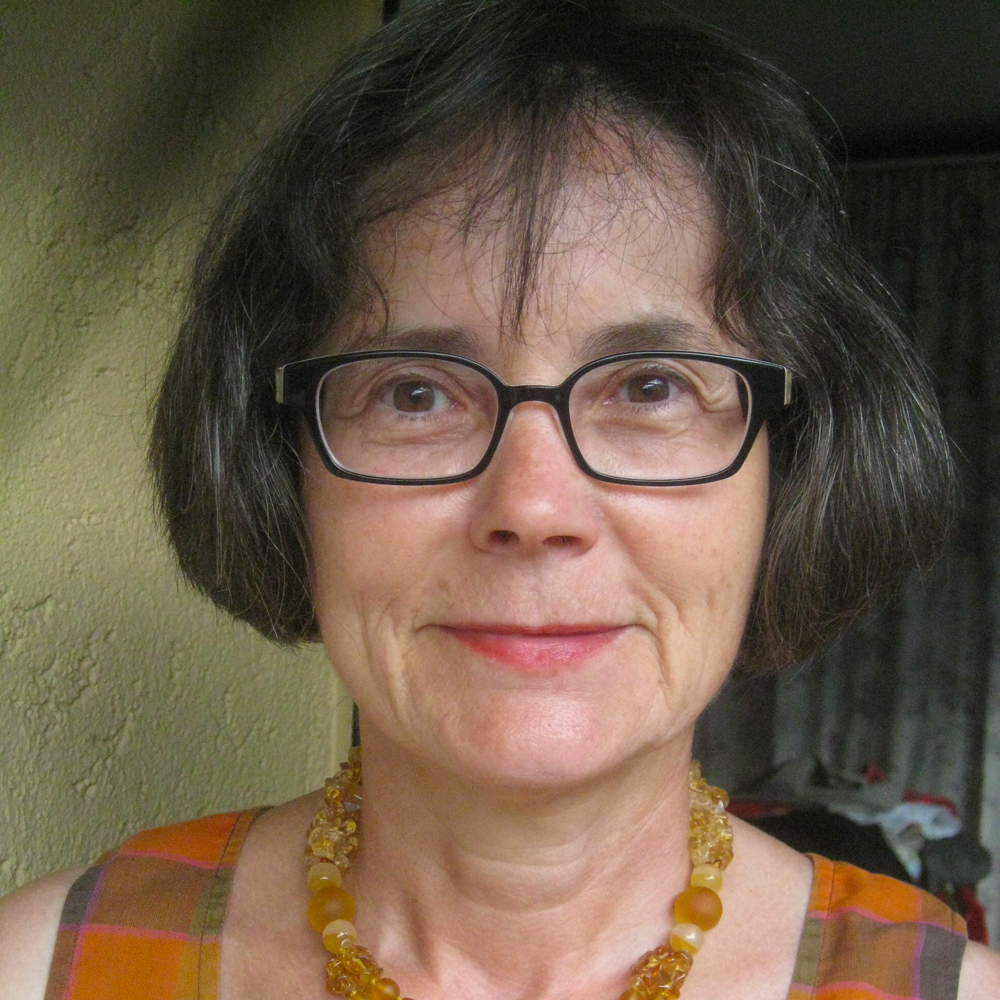